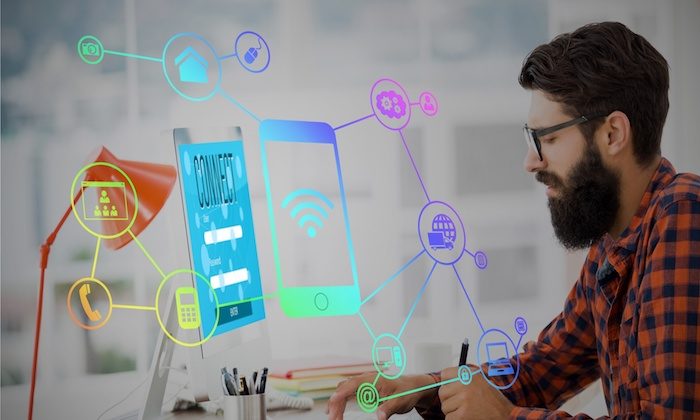 Anyone who has tried to make the case for investing in Search Engine Optimization to a client, boss, or colleague, will be all too familiar with the common objections: it’s too unpredictable, PPC is better, it takes too long, etc.

There’s a common misconception that the financial benefits of SEO are not as clear as say, social media or PPC. But anyone familiar with SEO knows that it is highly measurable and in most cases even better value for money than both social media and PPC.

And, many businesses seem to have realized this: In 2016, Borrell and Associates predicted that the SEO industry would reach $80 billion a year in revenue by 2020.

A well thought-out SEO strategy will bring more qualified traffic to your website. Quality content tailored to the needs of your customers will bring a higher conversion rate. These things are well known. But ignoring SEO altogether doesn’t just mean losing a few sales here and there: it can be risky or potentially disastrous financially.

Here are five ways that it could affect your bottom line…

1. Using PPC as a replacement for SEO

Many people have attempted to settle the SEO vs. PPC debate by trying to calculate a definitive conversion rate for both. While many of these studies provide valuable insight into both paid and organic traffic, there are a number of variables that cannot be captured by a simple percentage.

Take, for example, the fact that a site optimized for SEO might target keywords for people at different stages of the sales funnel, from educational articles through to product pages. PPC campaigns, on the other hand, tend to send leads directly to a sales page.

Many of the people who convert via PPC may have been primed by content they accessed organically: according to Ipsos, 44% of online shoppers begin by using a search engine. The same could also be true of phone or brick and mortar customers: according to Acquisio, there will be 73 million phone calls generated by mobile search alone by the end of 2018.

PPC often has a higher conversion rate than SEO, but it casts a narrow net. SEO allows you to broaden that net and reach potential customers at the very start of their purchase research. Without it, you’re leaving leads and sales on the table and missing an opportunity to build your brand’s authority.

2. Missing out on, or misunderstanding, lucrative niches

You might think that optimizing for a few high-traffic terms in your niche is enough. But one of the most valuable parts of SEO is gaining access to the thought processes of your customers.

Recently, a colleague of mine optimized a site for an RV dealership in Oregon. Initially, the dealership wanted to create a page for people searching for RVs in Portland. Some basic keyword research revealed that there was little to no traffic around Portland-specific terms. Instead, the high-traffic terms were all state-based.

It seems like a minor distinction, but without that small but valuable insight, the company would have been missing out on a potentially huge pot of revenue.

3. Being unprepared for Google updates

After Google updated its core algorithm in August 2018 (known as the “Medic” update) there were widespread reports of devastating traffic losses, particularly in the health and wellness sector. Some webmasters even claimed that the update had destroyed their businesses.

While it’s impossible to predict exactly how updates in Google’s algorithms will play out in the rankings, adhering to SEO best practices can mitigate the risk of being adversely impacted by an update.

For example, once the smoke had cleared from the initial damage of the Medic update, it was obvious that the sites that had been impacted the most were lacking in “E-A-T”, e.g. they were lacking expertise, authoritativeness, and trustworthiness. By focusing on creating quality content and building trust and authority with their audience, sites with a robust SEO strategy in place had minimized their risk of a traffic and sales drop.

It may be shocking in 2018, but many businesses still employ agencies or developers with little or no knowledge of SEO to redesign their sites.

I can’t tell you how many times I’ve been called in at the last minute on a redesign only to find that a company has gone ahead and built their site completely in JavaScript, or made some serious technical error that will almost certainly result in a Google demotion. Then, they expect me to sprinkle a few keywords into their content and get them rankings immediately!

Going ahead with a redesign without bringing on an experienced SEO consultant at the beginning of the process is simply asking Google to take away your rankings — and your online income streams!

5. Lack of credibility and trust

While there is obviously a direct relationship between organic traffic and sales, if you ignore SEO you will also be missing out on many other benefits. For example, it is well known that organic listings have far more credibility with consumers than paid listings. If you dominate the first page of Google across your industry, it’s great PR and will reinforce the perception that your company has authority and expertise.

If you ignore SEO and your site appears rarely or not at all in organic listings, it may make consumers more suspicious of your credentials and even affect the conversion rate of your PPC ads.

It’s certainly possible to run a business without an SEO strategy, and you may even achieve success. However, by ignoring SEO, you’re holding yourself back from even greater sales and success by leaving opportunities sitting on the table for your competitors to snatch up.

A solid SEO strategy allows you to minimize the risks of a drop in sales, while also maximizing your online footprint and leveraging the most lucrative opportunities to your advantage.

Believe me, your bottom line will thank you!

Opinions expressed in this article are those of the guest author and not necessarily Search Engine Land. Staff authors are listed here.

Previous Post12 Ways to Stay Healthy While Working From Ho...
Next PostOK, Google: How Do I Optimize My Site for Voi...